I am reviewing some basic topics in data science to regresh my memory. These are my notes.

We will demonstrate a set of basic data analysis functions from Pandas using the toy Boston housing dataset. I chose this dataset since it comes from sklearn and can be reproduced easily. First, I will demonstrate .corr().

Let’s take the correlation with the target variable.

Next, I will show scatter_matrix()

Plots pairwise scatter plots, with univariate histograms on the diagonal. 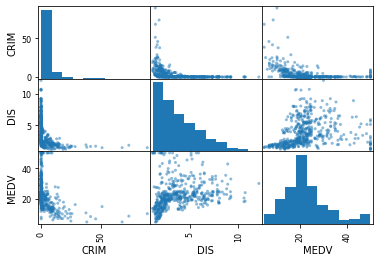 This plots histograms or each column. 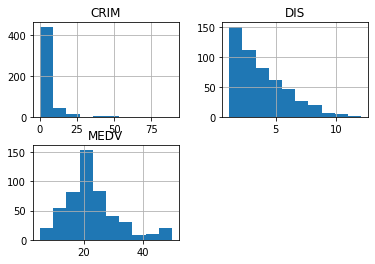 Represent categorical data with vertical bars with lengths proportional to the values they represent.

First, I will bin the Crime variable by quintiles. Then I will count the frequency, then plot using .bar(). Since I’m taking quintiles, each bin will have the same frequency count. 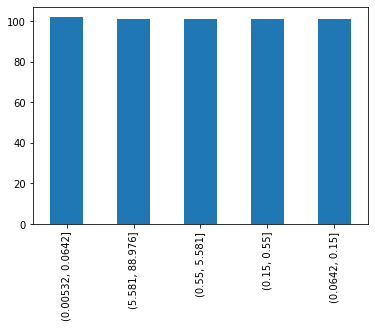