I am reviewing some basic topics in data science to regresh my memory. Here are my notes.

There are several evaluation metrics for binary classification (positive vs. negative). We can analyze the predictions by comparing with the actual values.

Precision is the ratio $P = \frac{tp}{tp+fp}$. It is the fraction of predicted positives that were actually right. It ranges from 0 to 1 where higher is better.

Recall is the ratio $R = \frac{tp}{tp+fn}$. It is the fraction of actual positives that were actually right. It ranges from 0 to 1 where higher is better. Recall is also called the true positive rate (TPR), for obvious reasons. 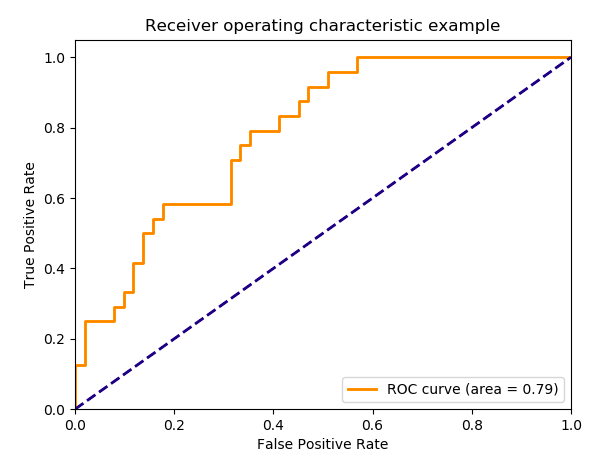 Ideally, the curve would hug the top-left corner: the TPR always 1 for all values of the false positive rate. We measure the area under the ROC curve and call it the AUC (area under the curve). AUC ranges from 0.5 to 1 with higher being better.

The AUC never drops below 0.5 because if it doesn’t you can invert every prediction and the AUC will flip about 0.5. Thus the identity line $x=y$ froms a “lower bound” on the ROC curve.

Mean squared error is penalizes large errors highly. This sensitivity can cause the model to focus on far observations over close observations. This tradeoff could be harmful if far-away observations are few (i.e. outliers); they would have a large impact because they are far despite their small count.

For example, outliers will have a large impact on a linear regression model. Outliers pull the regression away from more numerous close-by observations. One way to avoid this sensitivity to outliers is to use the mean absolute error (MAE), which penalizes outliers less. Using MAE will make the regression line less sensitivie to outliers.

MSE penalizes large errors more than MAE. Therefore, MSE should be used over MAE when large errors are particularly undesirable.