My Bet on Life Expectancy

Lee is betting on environmental issues lowering, or preventing from raising, life expectancy. I, on the other hand, think that humanity will be able to adapt to climate change. Moreover, I expect technology and healthcare progress to continue enough to win the bet.

To do my forecast, I pulled some data on historical on world life expectancy; the trend is clearly to the right and up. 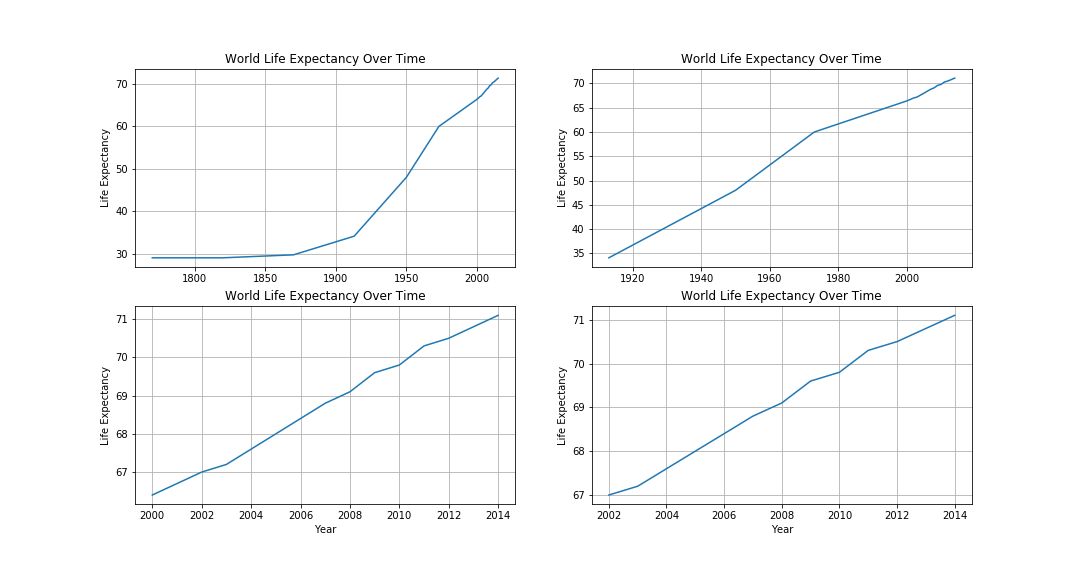 This plot shows a clear long-term trend, which I expect to continue unless large evidence says otherwise. Many environmentalists see such strong evidence in climate change. They argue it that floods, droughts, heat, and other problems could cut our life expectancy.

I don’t see it though; people will adapt. If floods increase, people will to higher ground. If droughts occur, people will move or get food elsewhere. If extreme temperatures rise to deadly levels, people will buy AC. I’m not saying climate change won’t have large effects, or will be harmless, I just don’t think they will result it shorter life expectancy. Summed over all people, we will adapt, and the usual progress of technology will continue to increase our longevity.

Disagree? Lee did, and he put his money where his mouth is. I welcome anyone else interested in offering a wager. This is about intellectual honesty and making sure that I honestly believe every thing I say.

Moreover, this tiny bet pushed me to learn more about the issue. It drove me to dig through some data, research relevant arguments, weight the evidence, and form a slightly more informed opinion. Isn’t that a great outcome for any disagreement?

This all in the spirit of Bryan Caplan’s Bettor’s Oath.